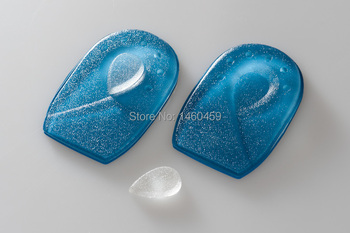 A heel spur (or osteophyte) is a small bony growth or collection of bony growths on the back or underside of the heel. They may or may not cause pain, and patients often confuse heel spurs with a related condition known as plantar fasciitis, inflammation of the band of tissue that stretches from the ball of the foot to the heel, forming the arch. Many people have bone spurs without ever knowing it, and about 70 percent of patients with plantar fasciitis who do have discomfort will also be found to have a heel spur when observed via X-ray. It is likely that a bone spur forms as the body tries to repair itself from repeated injury by laying down extra bone at the site of trauma. Plantar fasciitis is typically another result of such trauma. Heel spurs are most often seen in middle-aged men and women, but can be found in all age groups.

Heel spurs can be caused by several things. Anything that can cause the body to rebuild itself can lead to a bone spur. A heel spur is a natural reaction of the body to correct a weakness by building extra bone. One of the most common causes for the development of heel spurs is the wearing of shoes that are too tight. That?s why more women suffer from heel spurs more than men. Athletes who tend to stress their feet a lot, people are overweight who have more pressure on their lower extremities and the elderly also tend to suffer more from heel spurs.

The following symptoms are typical of heel spur. Stabbing pain when treading on the area affected. Dull, irregularly occurring pains in the heel area also without exerting pressure (e.g. in a reclining position) Pain when taking the first steps in the morning (after lying or sitting down for an extended period, especially in the morning) Occasional swelling in the ankle area. For the lower heel spur, extreme sensitivity at the tendon attachment (laterally in the lower heel area) For the upper heel spur, extreme pressure sensitivity of the Achilles tendon, primarily at approximately ankle height.

Because the diagnosis of heel spurs can be confused with tarsal tunnel syndrome (as described earlier), most surgeons advocate performing a tarsal tunnel release (or at least a partial tarsal tunnel release) along with the plantar fascia release. This surgery is about 80percent successful in relieving pain in the small group of patients who do not improve with conservative treatments.

To aid in the reduction of inflammation, applying ice for 10-15 minutes after activities and the use of anti-inflammatory medications, such as aspirin or ibuprofen, can be helpful. Corticosteroid injections may also be used to reduce pain and inflammation. Physical therapy can be beneficial with the use of heat modalities, such as ultrasound, that create a deep heat and reduce inflammation. If the pain caused by inflammation is constant, keeping the foot raised above the heart and/or compressed by wrapping with a bandage will help. Taping can help speed the healing process by protecting the fascia from reinjury, especially during stretching and walking.